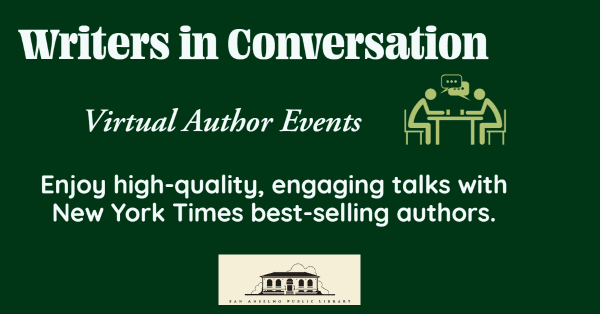 Enjoy one of our upcoming virtual author events below or click here for a list of past programs. 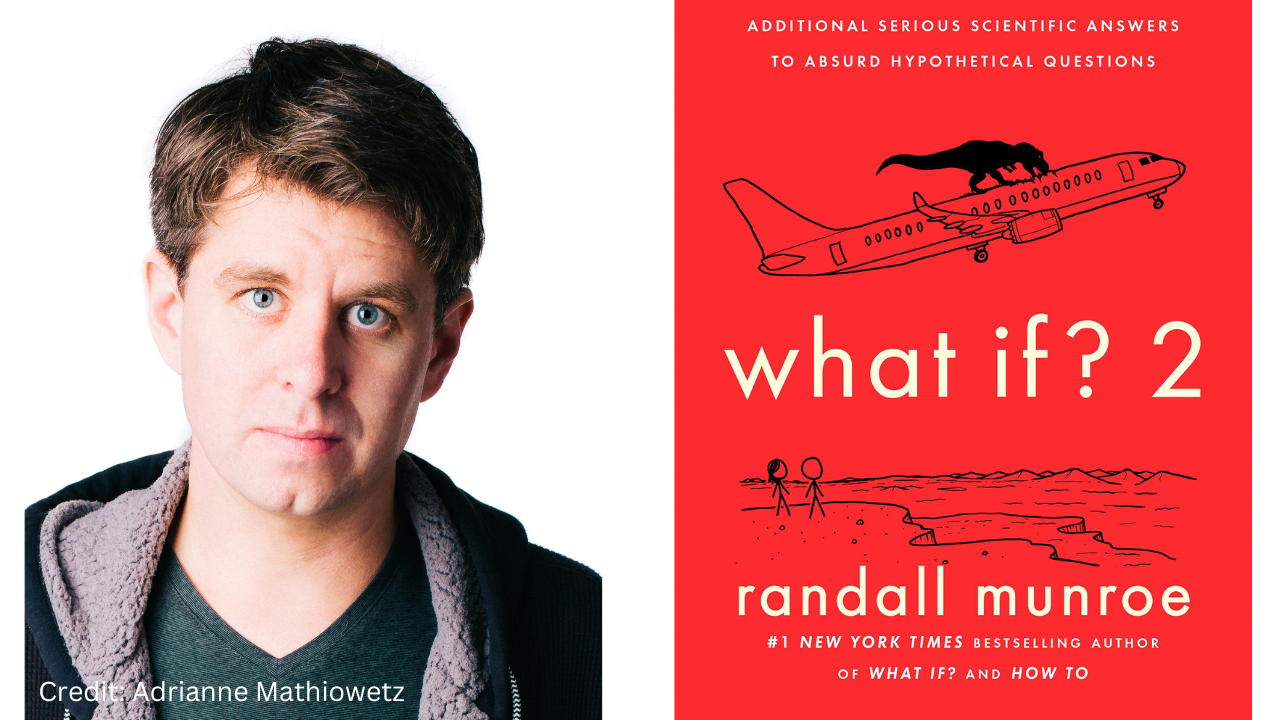 Randall Munroe, author of What If? 2: Additional Serious Scientific Answers to Absurd Hypothetical Questions
Tuesday, January 31 at 11am

Enjoy an online conversation filled with bonkers science, boundless curiosity, and the answers to the weirdest questions you never thought to ask with author Randall Munroe as he talks about his newest book What If? 2: Additional Serious Scientific Answers to Absurd Hypothetical Questions!

The millions of people around the world who read and loved What If? still have questions, and those questions are getting stranger. Thank goodness xkcd creator Randall Munroe is here to help. Planning to ride a fire pole from the moon back to Earth? The hardest part is sticking the landing. Hoping to cool the atmosphere by opening everyone’s freezer door at the same time? Maybe it’s time for a brief introduction to thermodynamics. Want to know what would happen if you rode a helicopter blade, built a billion-story building, made a lava lamp out of lava, or jumped on a geyser as it erupted? Okay, if you insist.

Unfazed by absurdity, Randall consults the latest research on everything from swing-set physics to airplane-catapult design to clearly and concisely answer his readers’ questions. As he consistently demonstrates, you can learn a lot from examining how the world might work in very specific extreme circumstances. 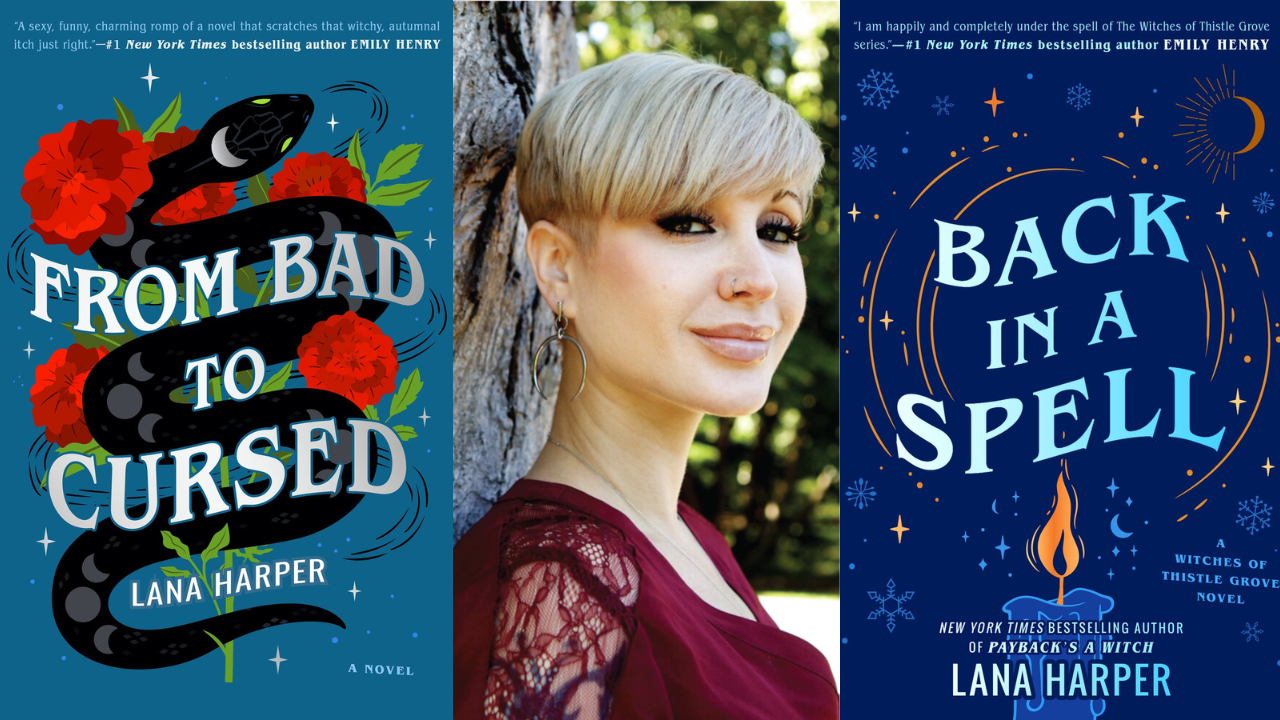 Tune in for a magical afternoon with New York Times bestselling author Lana Harper as she discusses the enchanting third installment of her immensely popular The Witches of Thistle Grove series, Back in a Spell.

Nina Blackmoore has been nursing a broken heart for a year, ever since her fiancée ditched her at the altar. At her best friend’s urging, Nina goes on a date with Morty Gutierrez, a nonbinary, offbeat soul of spontaneity. Their date goes about as well as can be expected of most first dates – awkward and terrible. But when Morty begins developing magical powers at the same time that Nina’s own magic surges beyond her control, Nina must manage Morty’s rude awaking to the hidden magical world, uncover its cause, and face the intensity of their own burgeoning connection. But what happens when that connection is tied to Nina’s power surge, a power she’s finding nearly as addictive as Morty’s presence in her life?

Lana Harper is the New York Times bestselling author of Payback’s a Witch, From Bad to Cursed, and Back in a Spell. She grew up in Hungary, Romania, and Bulgaria before moving to the US, where she studied psychology and literature at Yale University, law at Boston University, and publishing at Emerson College. She lives in Chicago, where she spends most of her time plotting witchy stories and equally witch tattoos. 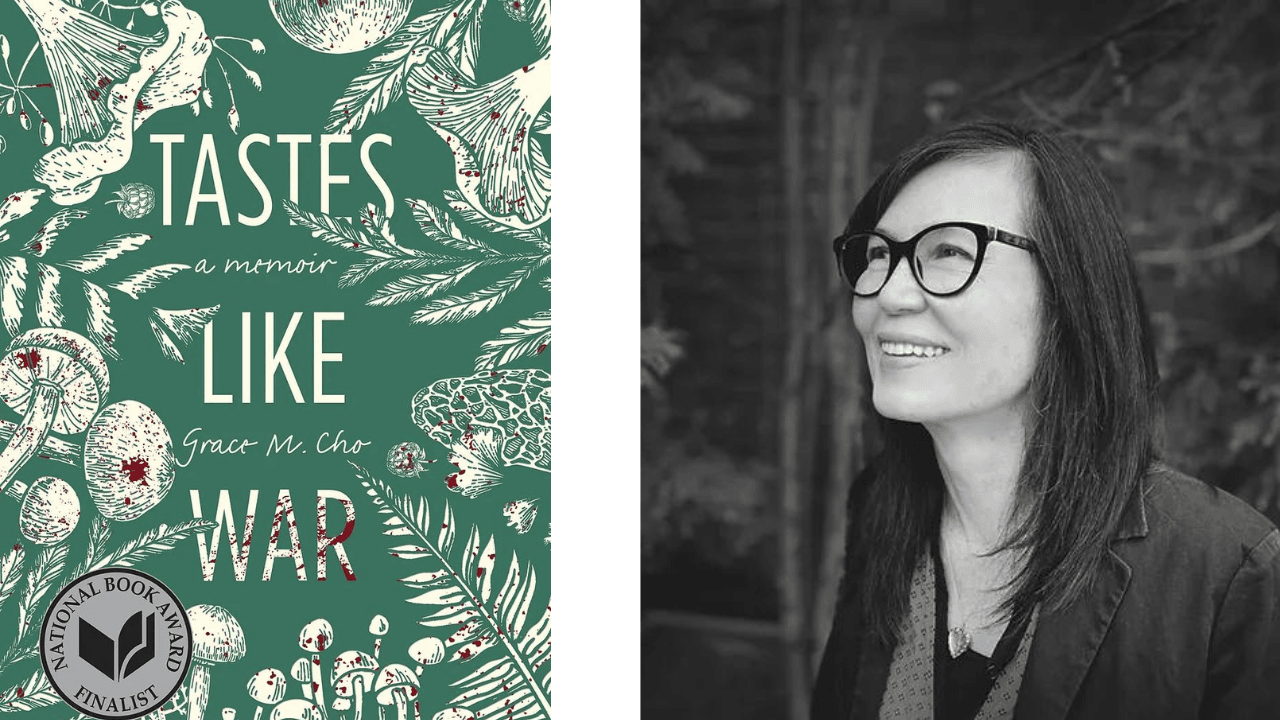 Grace M. Cho, author of Tastes Like War
Thursday, February 16 at 10am

Don’t miss this insightful chat with award-winning author Grace M. Cho as she discusses her memoir, Tastes Like War.

Grace M. Cho grew up as the daughter of a white American merchant marine and the Korean bar hostess he met abroad. They were one of few immigrants in a xenophobic small town during the Cold War, where identity was politicized by everyday details—language, cultural references, memories, and food. When Grace was fifteen, her dynamic mother experienced the onset of schizophrenia, a condition that would continue and evolve for the rest of her life.

In her mother’s final years, Grace learned to cook dishes from her mother’s childhood in order to invite the past into the present, and to hold space for her mother’s multiple voices at the table. And through careful listening over these shared meals, Grace discovered not only the things that broke the brilliant, complicated woman who raised her—but also the things that kept her alive. Part food memoir, part sociological investigation, Tastes Like War is a hybrid text about a daughter’s search through intimate and global history for the roots of her mother’s schizophrenia. 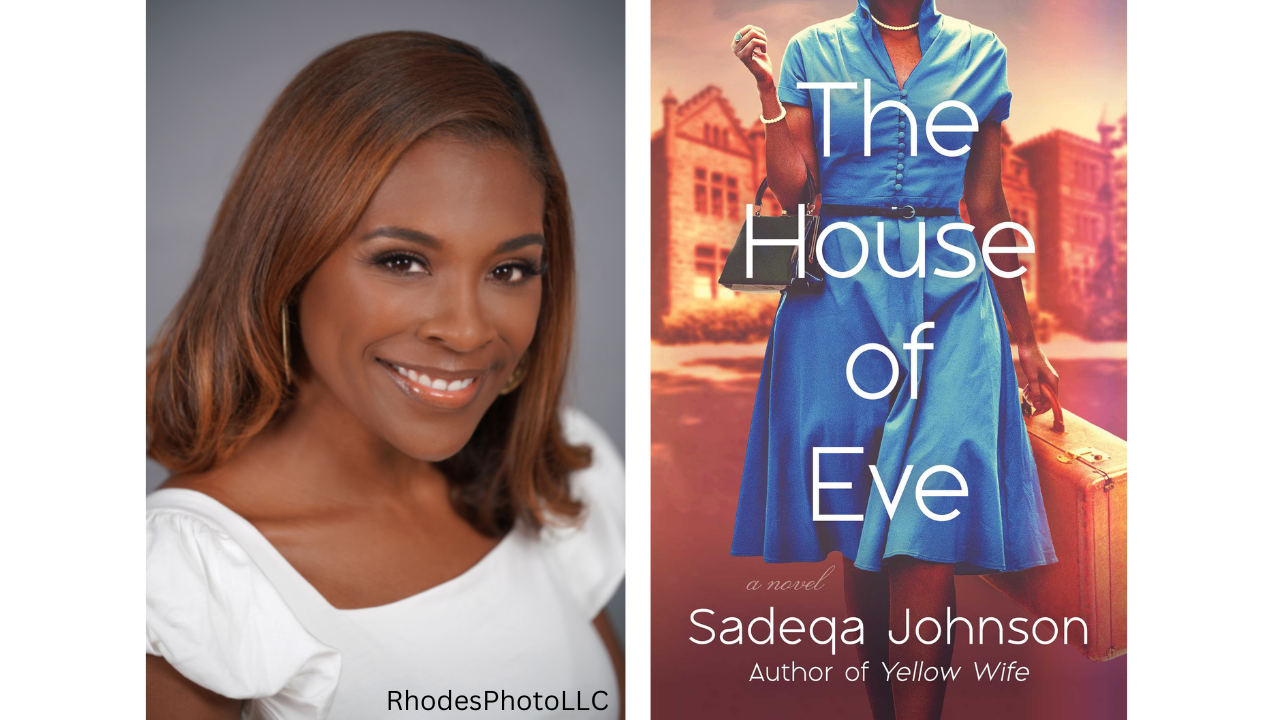 Sadeqa Johnson, author of The House of Eve
Tuesday, February 28 at 1pm

Attend an invigorating conversation with highly acclaimed author Sadeqa Johnson as she talks about her brand new novel, The House of Eve.

Fifteen-year-old Ruby Pearsall is on track to becoming the first in her family to attend college, in spite of having a mother more interested in keeping a man than raising her daughter. But a taboo love affair threatens to pull her back down into the poverty and desperation that has been passed onto her like a birthright.

When Eleanor Quarles and William Pride meet at Howard University, they fall madly in love. But William hails from one of DC’s elite wealthy Black families, and his parents don’t just let anyone into their fold. Eleanor hopes that a baby will make her finally feel at home in William’s family and grant her the life she’s been searching for. But having a baby—and fitting in—is easier said than done.

The lives of these two women collide in the most unexpected way as they both face life altering decisions. The House of Eve is a fast-paced, harrowing story that hinges on what it means to be a woman and a mother, and how much one is willing to sacrifice to achieve her greatest goal.