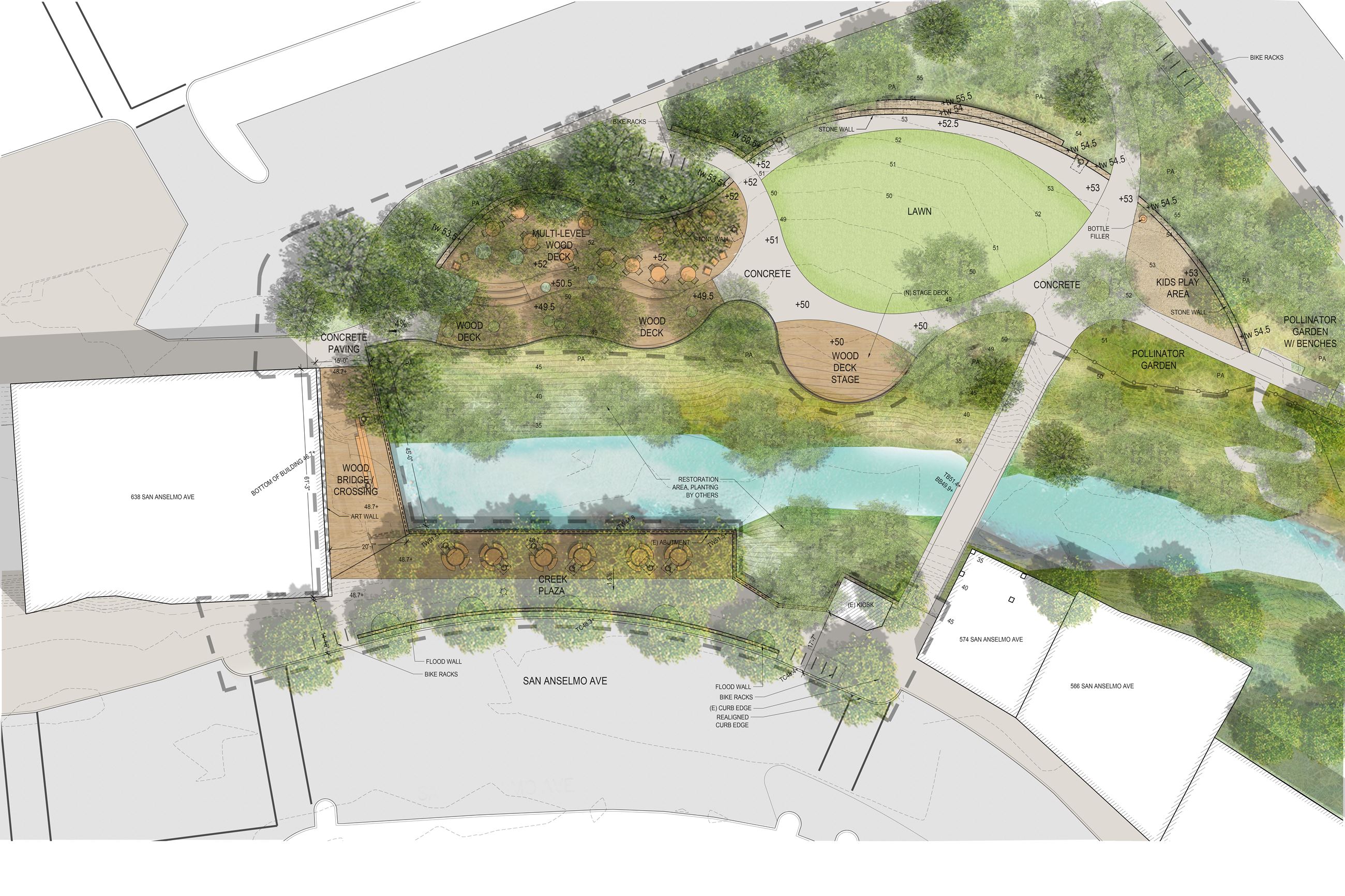 When Marin County initiated the San Anselmo Flood Risk Reduction Project (SAFRR) in 2010, its purpose was to mitigate barriers that cause San Anselmo Creek to overflow its banks and flood our downtown.  The project’s main focus is the demolition of the structures that block the flow of the creek during heavy rains.

Removing buildings on San Anselmo Avenue has opened up a previously hidden Town jewel, Creek Park. SAFRR became an opportunity to piggyback on the County’s construction and Reimagine what Creek Park can be for San Anselmo.

In 2019, the Town conducted a design competition to Reimagine Creek Park. We attracted renowned landscape architecture practices who produced stunning design concepts. The Town Council selected RHAA’s concept, deeming it a transformative vision for this gem in the heart of our downtown.

The Pandemic and the Plaza

While the pandemic slowed the process, it has also given us the interim plaza. The public space has been a resounding success and has proven the need and value for just such an amenity in downtown San Anselmo. 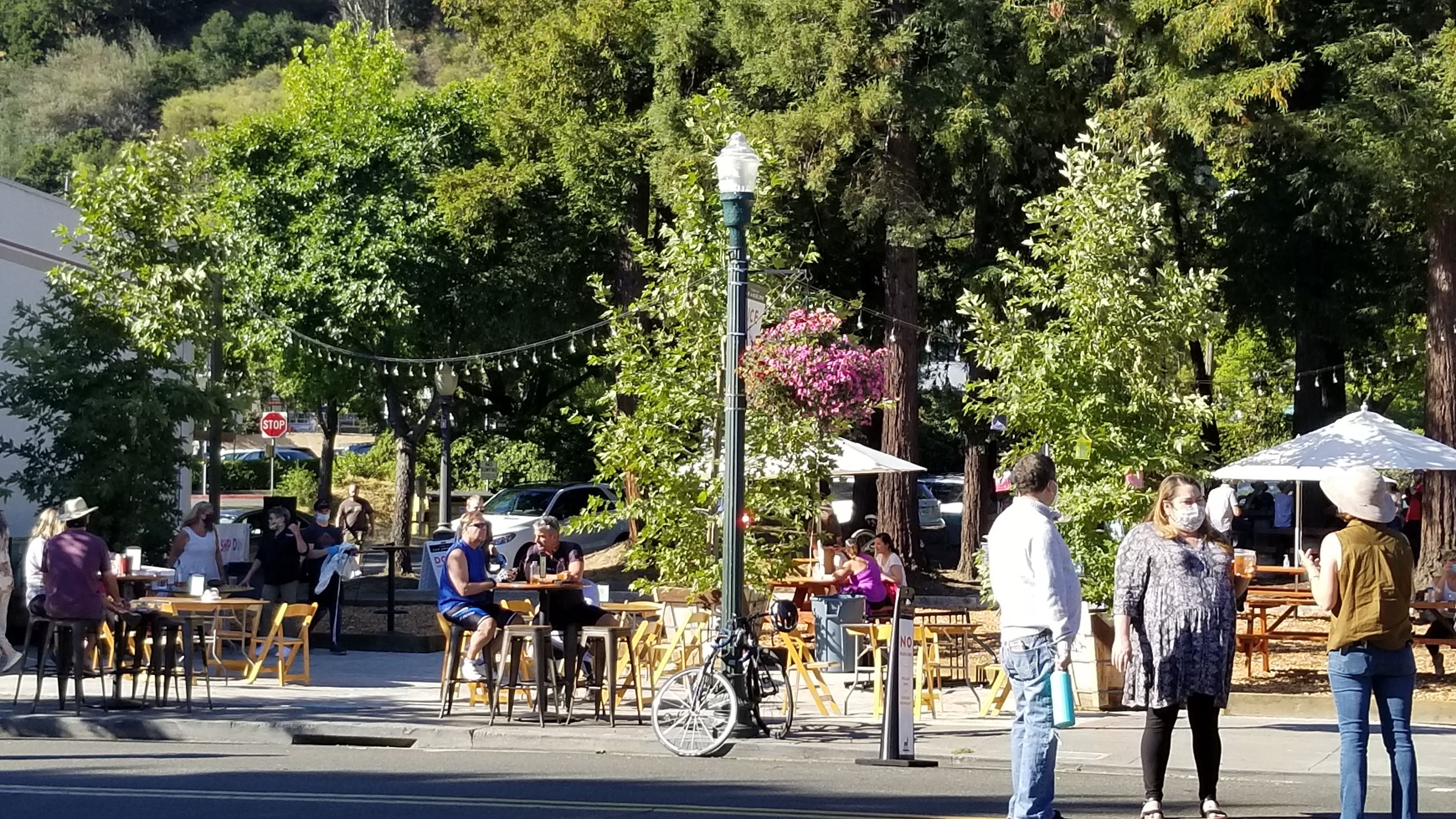 The complexity of the flood mitigation work and

Reimagining Creek Park requires a flexible schedule. Covid-19 presented delays. State infrastructure funding issues and County downstream flood rise issues have also postponed the replacement of the Winship Park bridge in Ross among other things, which will precede the creek modifications in San Anselmo. Current projections call for the restoration and reimagining construction to occur in 2023.

Community engagement has been a hallmark of

Reimagine Creek Park. We appreciate all of the community input at all of our public workshops and meetings.

The PowerPoint presentation from the last meeting (11/23/21) is now available for download here.

Presentation to the Town Council - Recommendation of Final Design - June 25, 2019