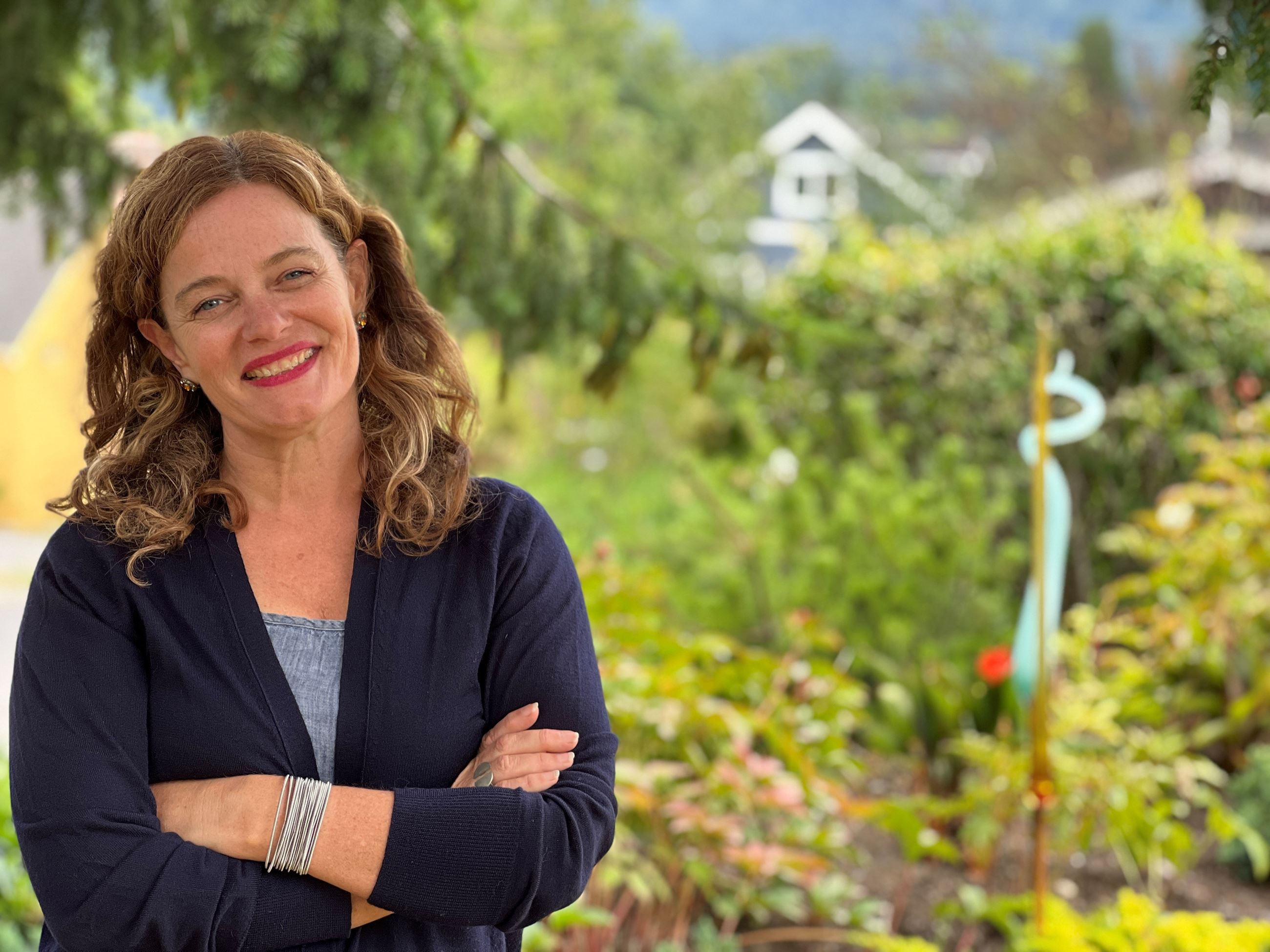 Tarrell grew up on Tunstead Avenue next door to the Library. One of her most vivid childhood memories is the flood of ‘82. She tried and failed to walk to school as the water passed her knees.  By the afternoon people were floating down my block on boats.  What seemed kind of fun turned to devastation in the morning when all of the downtown homes and businesses were faced with digging their belongings out of toxic mud.  Many of those businesses, including the beloved toy store downstairs, never came back.

A few years later, when she was in high school, Tarrell's mother created a public arts organization in town and pushed the town to create the San Anselmo Artist Studios. She and her mom were also among the lucky families to move into the Isabelle Cook (affordable public housing) Apartments as they opened.It was also around this same time that she started attending Town Council meetings.  At the time, Anne Wooliver was the mayor. Tarrell looked up to this smart, even-handed woman and remember thinking one day she’d like to be like her.

After high school (Drake/Archie Williams Class of ‘87) Tarrell attended college in Portland, Oregon and stayed in the Pacific northwest, raising two sons who are now 22 and 26 in Seattle, Washington.

Tarrell made a career helping non-profit organizations raise money to support environmental protection, early childhood development, cancer research and more.  Along the way, she learned how to lead teams, retain talent, and bring a sense of joy to everything she takes on. Working in leadership at environmental advocacy and political organizations, she's gained a deep understanding of what it takes to move things forward in government and elsewhere. Under Tarrell's leadership as Executive Director for Marin County Bicycle Coalition, she had grown the operating budget by more than 80% and doubled the number of full time staff in the first three years.

Tarrell moved back to San Anselmo in 2019 to take on the position of Executive Director for Marin County Bicycle Coalition.  Tragically, her husband died in August of 2021 after losing a 3-year fight with cancer.

Tarrell is a strong believer in civic engagement and public process. Before joining the Town Council, she was an appointed member of the San Anselmo Bicycle Pedestrian Advisory Committee and the San Anselmo Capital Expenditure Oversight Committee. She was also honored to be appointed by Supervisor Rice to the Marin County Bicycle Pedestrian Advisory Committee. In her free time, she likes to garden, hike, all kinds of biking and she tries to get out to the beach at least a few times a month.

If you live in the area, you are sure to have seen her riding her ebike with her sweet dog Frankie in the front basket. She has made a commitment to leave her car at home whenever traveling less than 4 miles. She likes that her ebike gets her there faster (especially during rush hour), cheaper, and she definitely arrives in a better mood than if she drives.